Most of those who are researching paralleling generators is because they may need more power in an RV or Travel trailer than a single generator provides. Although portable gas generators are the most fuel efficient and versatile power sources available, most cannot produce enough power to start and run a 15,000 BTU air conditioner. However, this usually can be accomplished with paralleling generators. See Our Parallel Video Test Embedded Below.

What Is Paralleling Generators

Paralleling generators or running generator in parallel, simply put is; connecting two generators (often of same brand and size) together to provide double the power. This connection will work together in a way that increases the watt amount that goes into your home or RV. This increases the power supply allowing for more than just the basic of necessities to be run. Again, the most common accessory needing additional power is the air conditioner or other heavy power drawing appliances. The key take away is to ensure that when purchasing a generator that it is capable of running alongside an addition unit. One great option for this is the Honda 658130. It provides 2,000 watts of power in a portable generator and it easily connects to another generator, as long as you use the same model. This is one of the most popular parallel capable generators. 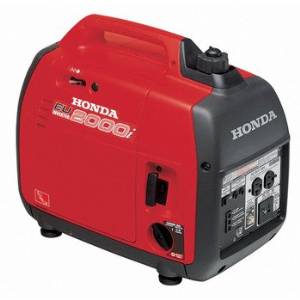 In most cases, a basic generator will be enough to power your necessities for a short period of time. However, we live in a world that is becoming more and more dependent upon increasing electrical demands. Inverter generators may run short on desired power supply and this is especially true when it comes to powering an AC unit in a travel trailer or RV. This is where having generators that are parallel capable become the solution to increased power demands.

Why not just buy a larger generator?

There are several reasons why someone may not want to simply “buy a larger generator.” The most common reason is when someone already owns a particular inverter generator and then discovers later they need a little more power supply. This is when it makes sense to purchase an additional generator to accommodate the added power needs rather than abandoning their current setup. Furthermore, inverter generators are more fuel efficient and significantly quieter than a comparable sized open frame generator. This is because larger 4,000-5,000+ watt open frame (non-inverter generators) run at a consistent throttle until manually adjusted. Inverter generators (even when running in parallel) often have an “eco mode” and technology to vary throttle based on power demand. Thus, they are a much more efficient setup and much more portable. Lastly, there are several parallel capable generators available for purchase that are roughly the same price as an equivalently powered open frame unit. Having two generators offers more flexibility based on power needs AND a potential backup if one were to fail while off the grid. Of course, one unit alone will not run an AC unit, but at the least would run the basics.

The Rise Of The Midrange Generator 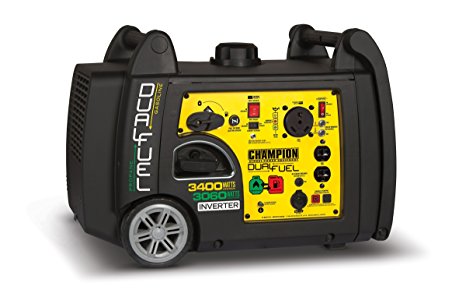 As power needs increase, so does technology. Larger inverter generators (initially 2KW in size) are being developed which can start and run 15,000 bTU AC units. A good example of this is the Champion 3400 Dual Fuel Inverter Generator. This generator alone is capable of starting and running most travel trailer and RV generators. Additionally, the Champion 3400 is parallel capable if additional power were needed. More and more manufacturers will continue to produce these style generators as it the perfect cross between a portable inverter generator and a larger open framed generator.

Does Paralleling Cause Damage to Generators?

Running parallel generators is not a problem as long as they are two generators that are designed to be run in this way. Furthermore, most generators require a particular parallel cable to make this work. The reason for this is that each generator has its own computer inside. They are not designed to work well together among different manufacturers. This synchronization is often only possible if the manufacturers are the same. 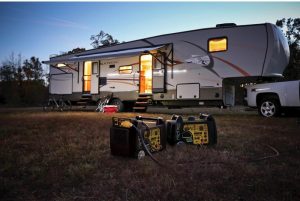 We have to include this generator in the list of parallel compatible generators because of a truly unique feature. Not only is the Champion 3,400 capable of running in parallel with other Champion generators, but the [one] generator alone can start and run a 15,000 BTU air conditioner. This is important because, as we have already discussed, most individuals looking to parallel a generator setup is interested in doing so because of an AC unit. On the off chance you need even more power, this generator can accommodate it with a parallel kit. The 3,400 can connect with another 2,800 (or more) Champion inverter generator. One last point that makes this generator one of a kind is the dual fuel capability. Gas or propane, it can handle both fuel types. As far as best bang for your buck, if you’re biggest concern is powering AC in a RV or travel trailer, the Champion is the best choice. 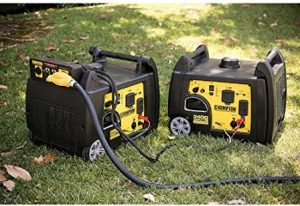 It is very important to carefully select the correct parallel kit. Each manufacturer has different requirements and capacities. Come inverter kits may be specifically for 2,000 watt generators or some kits may provide for 30 amps or 50 amps. This particular kit is for 2,800watt (or more) Champion Inverter Generators. This is kit clips on with requiring no speciality tools for installation. At the minimum (running two 2,800 generators) the stacked setup will provide enough power to run TWO 15,000 BTU air conditioning units! Need the smaller kit? Check the 2,000 kit here. 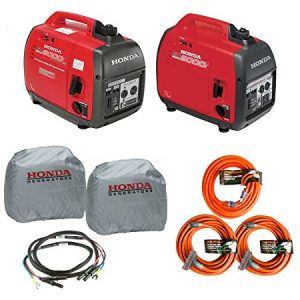 If you’re the type to cut straight to the chase because you already know you want a parallel generator set up, this is the kit for you. Honda has combined all the necessary equipment, including TWO generators, in this one kit. With it comes a EU2000i and an EU2000iC. Combined, this kit will produce 4,000 watts of power, yet remains quiet as do almost all Honda generators. These two units, even when connected remain fuel efficient. This is probably the most popular set up among RVers and campers. 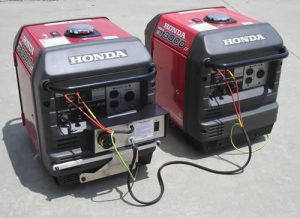 This along with the 2,000 watt is one of the most popular generators that is designed to be run parallel to another. Each generator provides 3000 watts of power. The EU3000is is gas powered and super quiet, even when running under a load. Usually this generator will run at a decibel rating of 48 to mid 50’s. As with many Honda generators, these are very portable and it can run up to 24 hours on a single tank of fuel, depending on the load. This is the biggest selling point of the 3,000 over the 2,000 (aside from added power) is the fact that it can run longer and offers an RV ready receptacle. This offers a gas tank nearly 3.5 times that of the EU2000. 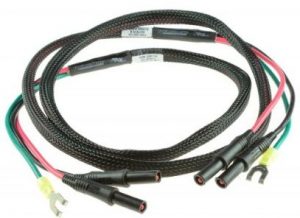 Unlike maybe accessories for generators available online, this is genuine OEM Honda part. This cable set is able to link two identical wattage generators together with very little effort on your behalf. The parallel cables are designed to fit EU1000/EU2000/EU3000 Handi generators. The cables come with instructions to help with initial installation. Many have had get success when connecting two (of the same Honda generators) powering 10,000-15,000 BTU air conditioners. This is also one the cheapest parallel kits available among all other brands. 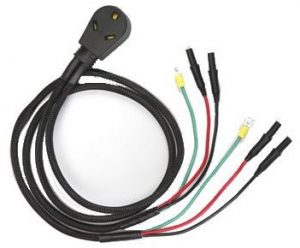 The Yamaha EF 2,000 is one of the most popular portable generator. In fact it is one of our top picks for a camping generators because it is so quiet. You can read that full review here. This kit can connect two Yamaha EF2400iS or two Yamaha EF2000iS inverter generators. When connected the output provides a standard 30Amp RV cord. There are several other parallel cords available online, but this is by far the most popular set up. 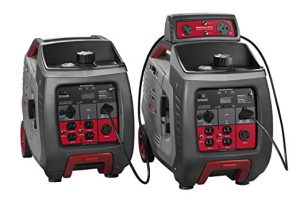 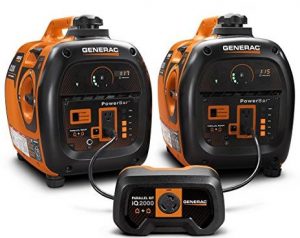 Generac offers one of the most advanced parallel kit for their generators. Rather than making connections via paralleling jacks on the backside or side of the generator like many other manufacturers require, Generac simply plugs into the existing receptacles. It really does not get much easier than this kit when it comes to paralleling two units. This kit is meant for the IQ2,000 Inverter Generator. Meeting at the center of the capable is one 30amp RV ready outlet.